Fans of sacred and organ music can look forward to a six-day concert marathon. The City of Opava in cooperation with the Church Conservatoire of the Teutonic Order announces the next edition of the Petr Eben International Organ Competition, which regularly brings together the best young organists from all over the world.

„This year is the 21th edition of the competition. It is open to candidates from all countries whose age does not exceed 32 years on the opening date of the competition,“ said Petr Rotrekl, cultural dramaturg of the city of Opava. The closing date for applicants is 17 June 2022 and the competition will take place from 24 to 29 October in Opava and Hlučín. „The young organists will play at four places and on four different types of organs," added the dramaturg.

The first round of the three-round interpretation competition will take place in the concert hall of the Petr Bezruč Library in Opava, in the second round the young musicians will play in the Church of St. John the Baptist in Hlučín and in the third round the tones of the royal instrument will fill the Church of the St. Vojtěch in Opava.

The interpretation competition will also be complemented by the traditional improvisation competition, which is dedicated to the memory of the organist, improviser and one of the founders of the competition, Aleš Rybka, and will take place in the Co-cathedral of the Assumption of the Virgin Mary in Opava. "The culmination of the competition will be a concert in the Church of St. Vojtěch in Opava, where the musicians will receive prizes and perform a programme chosen by the jury," said Petr Rotrekl.

The seven-member jury, which will evaluate the artistic performances, consists of top experts, teachers and performers from Poland, the Czech Republic, France, Switzerland, Germany and Slovakia. It will be chaired by composer and organ virtuoso Julian Gembalski.

The Competition for Young Organists was founded in 1978 and is held as a biennial in even-numbered years. In 2020, it was not held due to the covid pandemic. All competition rounds and the final concert are open to the public. Detailed information can be found on the website www.ebencompetition.cz 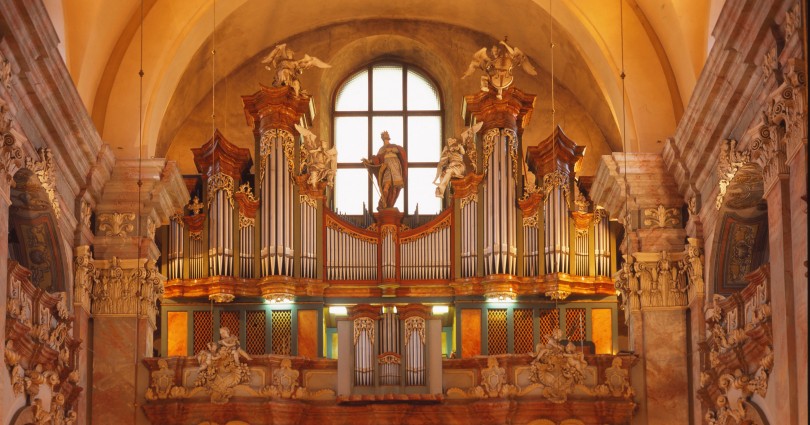